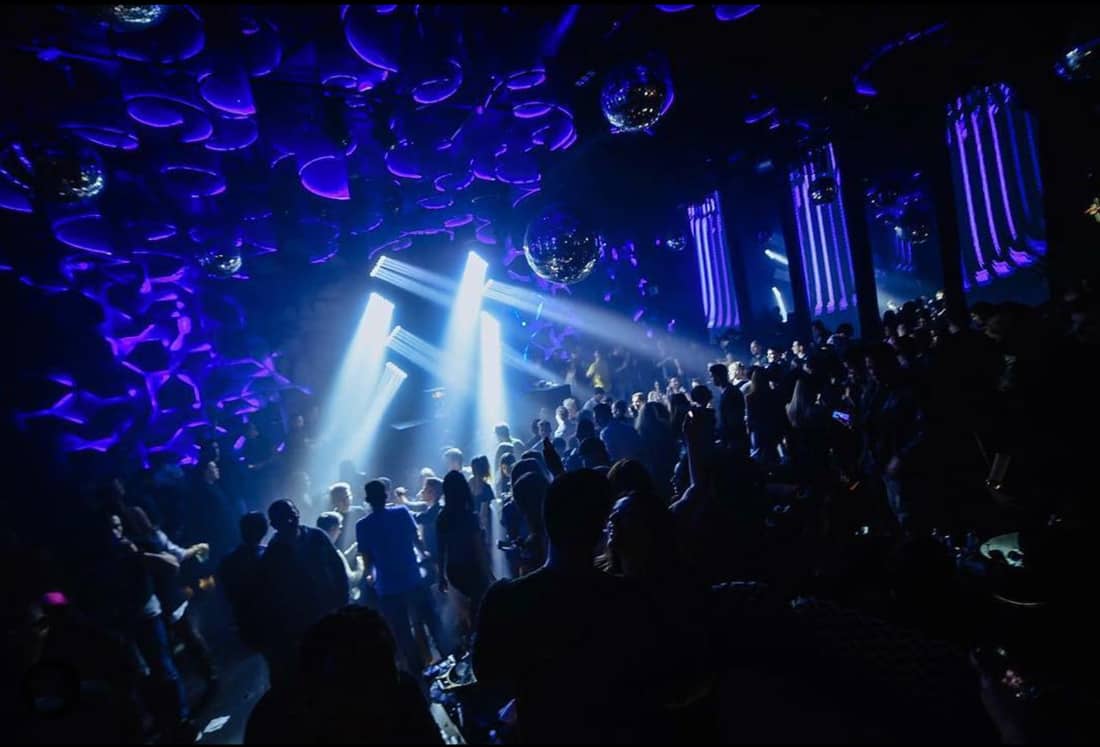 We all know that you go to Europe for the art, culture, food, and history.

Okay, and you go to party. Luckily, Europe is home to some of the best nightlife in the world (lucky you).

In this guide, we’ve compiled a list of the best and most world-renowned party cities in Europe — but let’s be honest, you can have a great time in just about any city.

When in doubt you can’t go wrong with the four B’s — Berlin, Barcelona, Budapest, and Belgrade. These four cities, according to many people, are considered to be the best nightlife cities in Europe.

Many people consider Berlin to be the premier city for nightlife, clubbing, and all-around craziness. The party truly never stops (and it usually doesn’t start until after 1:00 am).

The city has long been a mecca for artists/musicians/other eccentric people thanks to its historically cheap housing — and this has led to an “anything goes” attitude for just about everything. And the plethora of huge abandoned buildings was a perfect setting to create an unrivaled nightclub scene. The party scene has matured a little over the years, but you can still find plenty of underground clubs hidden away throughout the city.

There are clubs for just about every subculture you can imagine (and many you’ve never imagined), so you’re bound to find something that is interesting to you. Don’t worry if you’re not into dancing from midnight to 8:00 am — there are plenty of more low-key bars and restaurants to check out.

Ohh, did we mention that food and alcohol are cheap too?

So yeah, Berlin is a must-visit destination for people looking to let loose and party.

Barcelona’s nightlife is legendary. Even on a regular night, the restaurants don’t fill up until after 9 pm, so people don’t start hitting the bars until late at night — and the dance clubs are still going strong once the sun has come up. Prices for drinks tend to be fairly affordable (except in the clubs, of course), but do expect cover charges for the better clubs. Also, expect to put some effort into your appearance (no shorts, baseball caps, etc.) or the doormen might not let you in.

But the city’s nightlight isn’t just about clubs — there are tons of bars and restaurants that cater to just about anything you’re into.

Budapest has a lot going for it and it is still relatively unknown to many travelers.

Budapest is famous for its Ruin Bars — which are basically huge derelict buildings and abandoned outdoor spaces that have been turned into fun and quirky bars. Each ruin bar has its own funky decoration and most have multi-rooms with different themes/music styles.  And alcohol is cheap. It’s an awesome experience.

Budapest is also famous for its ornate natural spring baths. During the day, people of all ages lounge in these swimming pool-sized baths but at night some of them turn into a massive dance party (so don’t forget your swimming suit).

Belgrade is a bit off the typical tourist trail but visitors are rewarded with some of the best nightlife in the world. The nightclub scene has something for everyone and prices are cheap. By the way, the people are gorgeous (like models) and super friendly.

Honestly, you just need to get to Belgrade.

As we said before, there are so many amazing cities in Europe that know how to live it up at night. We’ve listed a few of the other most popular destinations:

Amsterdam might be most (in)famous for chilling out and getting baked in coffee shops, but it actually has a solid party scene. You’ll mostly find techno and trance music, but you’ll also hear other types of music if you seek it out. On the downside, don’t expect cheap prices as partying in Amsterdam can get expensive.

And if you have a thing for tall people, you’re in luck because the Dutch are the tallest people in the world.

Prague is another great party city. The city itself is gorgeous, the people are beautiful, and the alcohol is cheap. Prices have been going up, but it’s still a much better deal than Western Europe. There are tons of bars where you can find affordable beer, and if you’re in the mood to dance, you’ll have no trouble finding clubs all over the city. Ohh, and Prague is home to Europe’s largest club — the 5-story Karlovy Lazne Club. This city truly has something for everyone.

Krakow is small, but it knows how to party. Drinks are super cheap and there are bars and clubs all over the place — it’s no wonder this is a top spot for Europeans to throw a bachelor/bachelorette party. The locals are friendly, and they love vodka. Hint — you can’t outdrink a Polish person, so don’t even try.

While Krakow is famous as a cheap destination for European bachelor/bachelorette parties, Warsaw is the place to go in Poland for large dance clubs and fewer tourists. Of course, there are plenty of smaller clubs and bars

Lagos is known for its nice beaches and laid-back atmosphere. It’s also a popular destination for backpackers thanks to its affordable prices and active nightlife. You’ll mostly find smaller bars and a few dance clubs, so it’s a nice choice for people that don’t want something as crazy as Barcelona.

Stockholm gets knocked down a few pegs simply because it’s so expensive to drink and go out. But, on the other hand, Swedish people are gorgeous, so maybe it’s worth the price. And let me tell you, those Swedes know how to party and their club scene is amazing. The bouncers are sticklers for the dress code, so put a little effort into what you’re wearing. Also, guys better bring a few ladies with them or they probably won’t get in the door.

Mykonos is another sun-drenched party destination that gets filled to the gills during the summers with scantily clad visitors. If you want to party all day and never leave the beach, this might be the place for you. It can get expensive, so too much partying might break the bank.

While Barcelona gets most of the accolades for the best nightlife in Spain, Madrid also offers plenty of great options. Because let’s face it, the Spanish know how to throw a party.

Paris is a city of glitz and glam, so it’s no surprise that its nightlife would reflect that. It’s home to a handful of high-end clubs, but there are also hundreds of bars, cafés, and restaurants. Paris also has a rich jazz scene, so that’s an option if you’re looking for something different. Paris has a large student population, so there are plenty of budget options too.

The rich and famous go to London to party, so it can be pricey to visit the best clubs (and you better dress the part). On the other hand, there are plenty of more low-key bars and pubs on just about every corner, so you won’t have any trouble having a great night. London attracts the best music, so it’s not hard to find world-famous and up-and-coming DJs pumping out great tunes throughout the city.

Ibiza gets top marks for great music, all-night parties, beautiful people, and beautiful weather. Did we mention it’s an island in the Mediterranean? Basically, the only reason you come to Ibiza is to party (which is good and bad… depending on how you look at it).

What is your favorite party city? Share it in the comments so other travelers can have the same experience!

Best eSIM For Germany | A Complete Guide To Buying eSIM Data Plans in...

Backpacking Through Europe Cost | How Much Does It Cost To...

Italy Train Guide — How To Travel Italy By Train

The Best Travel Insurance | How To Choose The Right Travellers...