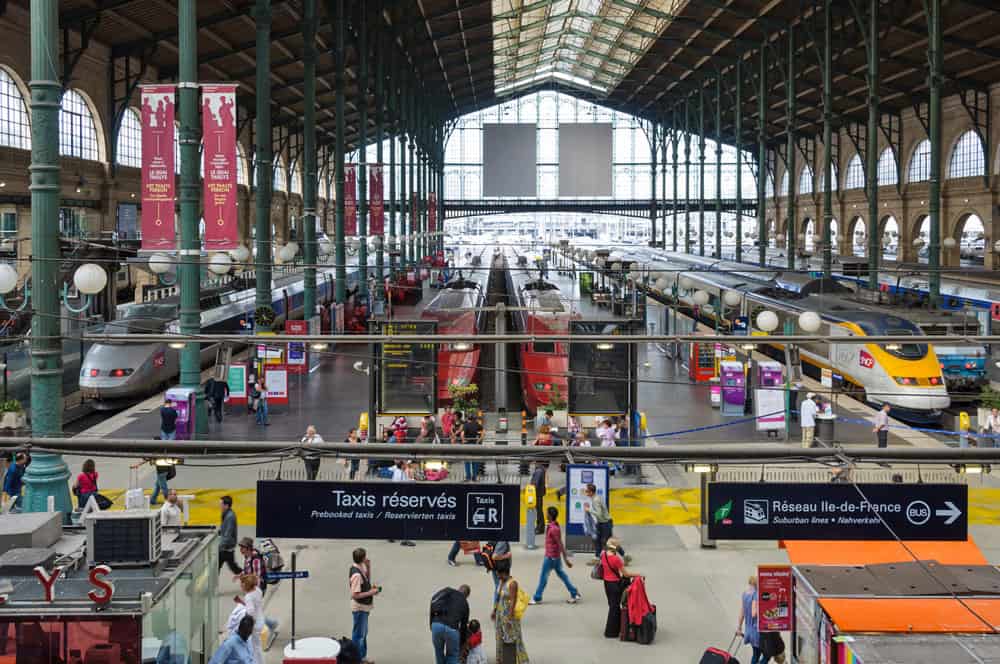 It doesn’t get much better than zooming through the French countryside at 200mph. In fact, when it comes to train travel, France is one of the best-connected countries in Europe and you can easily reach many of Europe’s great cities from Paris.

But, like all things French, their rail network can be a little confusing so we’re here to help. In this France Train Guide, we’ll tell you everything you need to know about traveling France by train—from navigating the system to buying train tickets for the cheapest price.

How To Buy Train Tickets in France

Buying French train tickets is generally easy but there are a few oddities that you’ll come across when booking. Keep reading and we’ll walk you through the process.

Most train tickets in France (and much of Europe) are now electronic so you’ll want reliable high-speed data for your phone—personally, I wouldn’t rely on free wifi or your domestic provider’s international service as it’s often slow/unreliable. Luckily, getting high-speed data in France is simple and affordable. Here are a few articles I’ve written to help you get set up:

Where To Buy France Train Tickets

So there are a handful of websites/methods for buying French train tickets and each has its own quirks.

Omio: Omio is a search engine that lets you compare and book trains (plus buses & flights) anywhere in Europe. It lets you easily book tickets with your credit card at essentially the same prices as Spain’s Railways website. Additionally, Omio searches routes for multiple rail services across Europe so it’s great for international trips (since it can easily combine rail journeys of multiple countries). Omio also gives you the option to print your own tickets or have eTickets sent to the Omio App.

TrainLine: TrainLine is a third-party booking site that connects directly to Spain’s National Rail Network (renfe.com) and other European networks. Trainline also accepts international credit card payments and lets you print your own tickets or have eTickets sent to the Tranline App.

French Railways: The website for the official French Railways is en.oui.sncf. The main problem with this site is that it often tries to redirect you to RailEurope.com—this is because Rail Europe is its official N. American partner. The problem is that Rail Europe doesn’t always find the cheapest fares so you have to actively try to keep the site from redirecting you. Normally you can prevent the redirect by making sure the site is set to “Europe (other countries)” (see below) — but sometimes the site still finds a way to redirect you. ¯\_(ツ)_/¯

Also, download the SNCF mobile app so you can have your tickets sent directly to your phone.

Eurostar: The Eurostar is the train that connects Paris and London. You can usually book this journey on other websites but we’ve found it best to book directly from the Eurostar site for the best prices.

At The Station: Of course, you can buy any French train ticket from any train station — either from a ticket window or an automated machine (you’ll need a Chip & PIN credit card to buy from the machines). You can buy tickets in advance from train stations as well.

HOW TO COLLECT FRENCH TRAIN TICKETS

Tickets purchased online can be collected in a few different ways. Most times you’re given multiple methods of collecting your tickets:

DO I NEED TO BUY FRENCH TRAIN TICKETS IN ADVANCE?

France has a number of different train services so it can be a little confusing to know what tickets should be purchased early and which can be bought whenever. We’ll break it down below.

Yes – book early. Tickets for France’s TGV high-speed trains are available to purchase around 90 days in advance. Booking these early will get you the cheapest tickets and prices will generally continue to rise as the departure date approaches. For example, a day-of ticket can cost well over €100 but that same one bought weeks early might only cost €30.

Intercité trains are fast trains but not as quick as the TGV trains. They usually also connect shorter distances and the trains aren’t quite as nice as the TGV. These tickets can also be purchased in advance for a discount.

Don’t forget to validate your ticket before you get on the train or you’ll be fined.

There are a few separate train services that connect France to other countries. These are high-speed trains so the same rules about booking early apply to these tickets as well.

HOW TO USE YOUR FRANCE TRAIN TICKETS

On high-speed trains, your ticket is only good for the specific time stated on your ticket. You’ll also be given an assigned seat. You don’t need a validate your ticket because your seat is reserved (but they might check your ID on the train). NOTE: Your ticket will show the car and seat number so make sure you’re in the right car (the trains are clearly marked).

On regional/local trains, you might have a physical ticket. Make sure to validate (i.e. stamp) your ticket in the validation boxes on the platform before you get on the train. They’re sometimes hard to find so watch what the locals are doing. If you forget to validate, seek out the conductor right away and have him stamp it — if you wait until he comes around you might be given a fine.

Once you’re on the train the conductor will eventually walk through the aisles to check tickets.

HOW TO MAKE RAIL PASS RESERVATIONS

You must make the reservation before you get on the train. There are a few ways to make reservations:

LEARN MORE ABOUT TRAVELING IN FRANCE 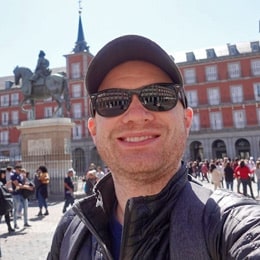 The Best Prepaid Mobile Data Plans and SIM Cards in Germany | How To...

Best eSIM For Europe Travel | Everything You Need To Know About eSIM Data...

Best eSIM For Europe Travel | Everything You Need To Know...

The Best Travel Shoes For Men | Our Picks For Most...

6 hours in Burano – Colours of the Venetian Lagoon

Barcelona Travel Guide — How to Visit Barcelona on a Budget