Ever dreamt of spending the winter in a Roman Emperor’s oceanfront palace, enjoying both nature, history and the seaside? While some keep on dreaming, full-time nomad Jocelyn Garwood turns her dreams into reality and shows us the beauty of Croatia’s seaside stunner; Split. This millennia old city, once an Adriatic pearl in the Roman Empire, is now a World Heritage treasure that you surprisingly can savour for yourself when visiting at just the right time.

Winter in Split is absolutely ideal: accommodation is plentiful and affordable; crushing crowds of tourists are non-existent; and, the weather, although a bit chilly, is great!
The Old Town is THE place to stay. Major tourist attractions are only a few minutes walk away from each other, as are restaurants, cafés, super markets, money exchanges, and the promenade. So much to experience!

It’s difficult to focus in on even just a few major attractions. If I had to boil down the best of Split, these ‘few’ would have to include

has its own unique ambience. This beautiful forested peninsula offers an incentive to exercise, the motivation to explore, and a reason to relax. It has a myriad of pathways and hiking trails that wind all over the wooded peninsula. Little Medieval stone churches and chapels occur throughout the area. On the southern end of the forest sits the Meštrović Gallery, a magnificent villa which houses the artwork of Ivan Meštrović, Croatia’s most important sculptor of the 20th century. The area also has a number of panoramic viewpoints that offer stunning views of the city and the surrounding area. 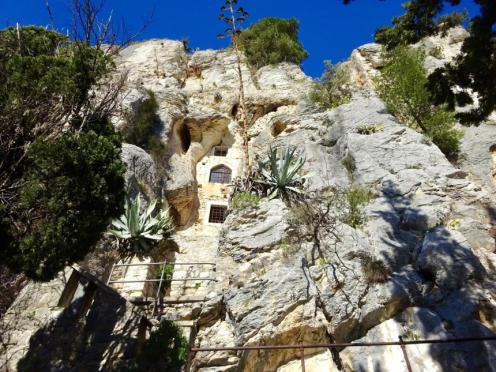 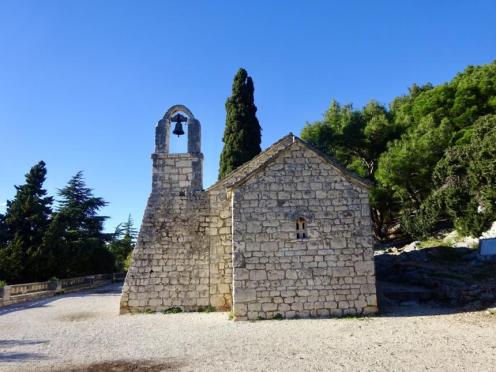 The Romanesque Chapel of Nicholas the Traveller (13th century)

The palm-lined promenade (Riva) reflects the social pulse of Split. It has its own particular vibrancy: old people, young people, and everyone in between – plus their pampered pooches. Cafés, restaurants, souvenir shops, and dozens of benches on which to relax and watch the world go by – the Riva has them all. And, from various locations along the Riva, views of sunrises and sunsets are breath taking!

Wherever I am, I always find back lanes fascinating. Split’s back lanes are no exception. Early on winter mornings, I had these fully pedestrianised back lanes all to myself! These lanes also tend to run into very charming town squares.

There are two main thoroughfares that run perpendicular to each other: the Cardo Maximus, running north-south, and Decumanus Maximus, running east-west and intersect at the main palace square (Peristyle). Adjacent to the Peristyle is the octagonal Cathedral of St. Domnius.
How ironic that the intended mausoleum of Diocletian, slayer of Christians, should eventually become a Catholic cathedral.

One can certainly never refer to Diocletian’s Palace as a Roman ‘ruin’ because it pulsates with life now just as much as it must have done when Diocletian first ordered the palace to be built in about 300 A.D. The entire palace complex is filled with little shops, cafés, minimarts, art galleries and museums, and there are even mini rush hours at certain times of the days. 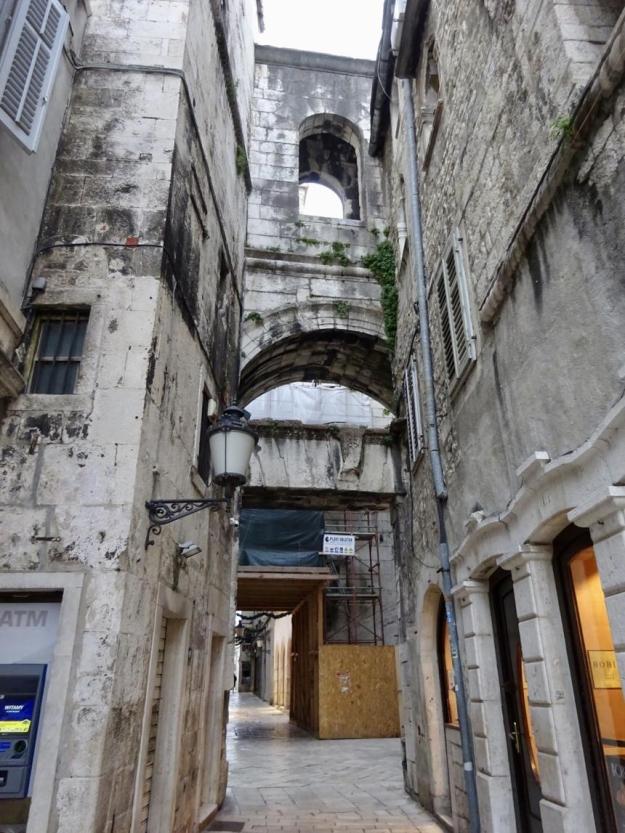 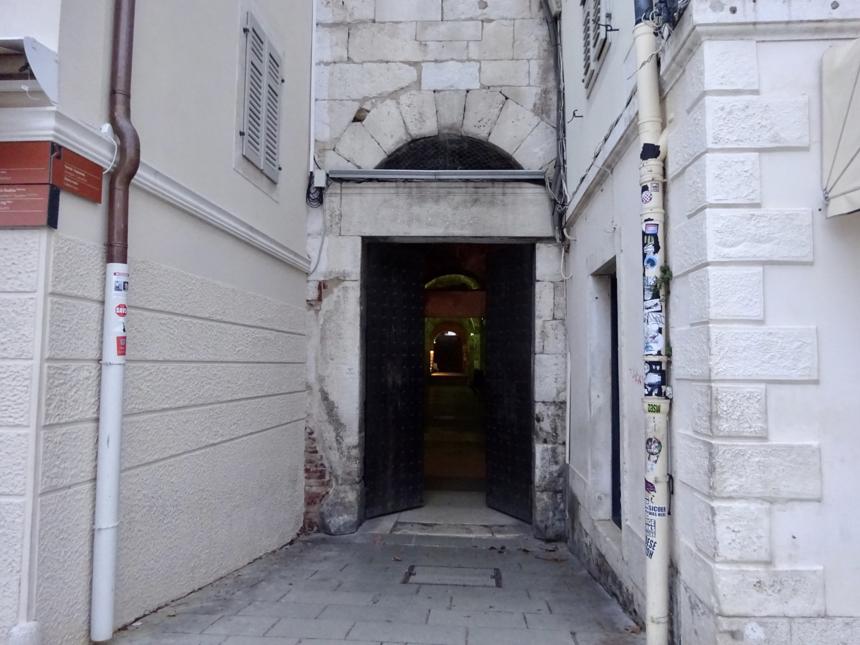 The Bronze Gate (south). This is most inconspicuous of the four doors, which made it easy for the emperor to escape by boat in times of danger.

Split has so many sites to enjoy and far too many to describe here. The few I’ve described above are but a mere ‘tourist taster’: Visit Split to savour even more. 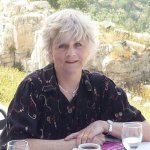 Jos is a female nomad (also a senior citizen who travels solo), born in Canada but citizen of the world. When she was on the morning side of the mountain, she just slung her backpack over her shoulders and set about hitchhiking. Now that she’s on the evening side of the mountain, she still slings her backpack over her shoulder, but no longer hitchhikes – too dangerous.

Follow this inspirational nomad as she proves that curiosity and a sense of adventure doesn’t have an expiration date nor a price tag.

La Rioja – Wine and So Much More